Amazon continues to make a push in urban areas, building distribution facilities across the Midwest in the hopes of delivering their products ever faster to their customers. But not only is Amazon boosting the industrial markets across the country, it’s also creating an unusual spill-over effect.

Industrial users today are buying properties near Amazon’s distribution facilities. Why? They believe that the property values of these spaces will rise significantly thanks to the presence of the online retail giant.

“You hear about all these big Amazon deals. They get all the PR,” Antonelli said. “But what we are seeing a steady increase in are the small- to mid-size industrial users closing deals today. Even if they don’t work directly with Amazon, they want to be near these distribution centers. A lot of clients of mine are more willing to look at buying a building within close proximity to some of these bigger distribution centers. They think it will aid in the property values in the future.”

And what amenities do these industrial users want? Antonelli said that they are looking for ceilings with clear heights of 32 feet or more, heavy dock ratios and plenty of onsite trailer parking.

Antonelli said that there are plenty of reasons why industrial users would locate in the Chicago area, not all of them having to do with Amazon.

The location in the center of the Midwest is a big selling point, making it easier for these users to transport their products across the country. Chicago has robust highway and rail systems, too.

“You can get to the better part of the Midwest within a day,” Antonelli said.

Thanks in part to the soaring demand for online purchases, the Chicago industrial market remains a strong one today, Antonelli said. This doesn’t mean that vacancy rates aren’t ticking up a bit, though. They are, thanks mainly to the influx of spec industrial buildings that the region has seen. 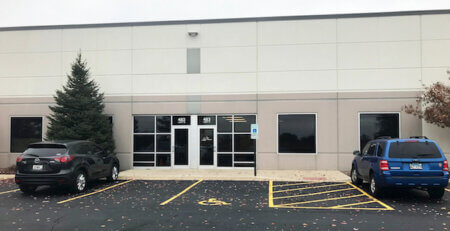 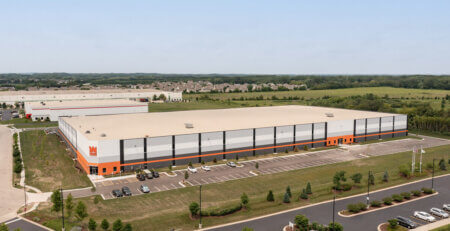