Brown Commercial Group brokered one building sale and four leases in the western and far western Chicago suburbs, totaling 25,036 square feet of industrial space. Each of the new leases was to a business that is expanding.

“Market dynamics, including strong demand for industrial space, [are] pushing tenants farther out from the urban core or causing them to try to find creative solutions for their space needs,” said Dan Brown, principal and president of Brown Commercial Group. “We’re seeing a lot of activity in buildings outside of Cook County and west of O’Hare airport.”

In the first transaction, Brown Commercial Group broker, Brian Lindgren, represented both the seller, MF II LLC, and the buyer, Component Management Group LLC, in the sale of a 10,052-square-foot building at 365 Production Drive in South Elgin, Illinois. The investment sale included a building that is fully leased.

Brown Commercial Group broker, Matt Hanson, worked on behalf of tenant, Proline Foods, to triple its space by moving to a 4,165-square-foot building at 762 Birginal Drive in Bensenville, Illinois. The dry food distributor outgrew its 1,300-square-foot unit in Bensenville after about a year. The tenant was also looking for a more efficient space with a dock for distribution. Brown Commercial Group partner, Mike Antonelli, represented the building owner, a private investor.

ELGIN, ILL. — Brown Commercial Group has brokered the sale of a... read more 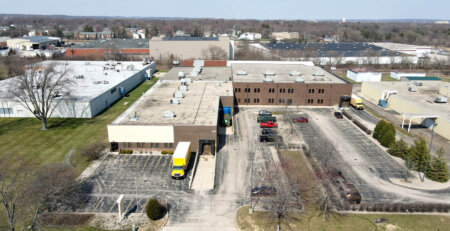