Brown Commercial Group’s Dan Brown: In it for the long-term relationships, not the quick paydays.

Brown Commercial Group’s Dan Brown: In it for the long-term relationships, not the quick paydays.

ebizuniverse2015-04-16T10:08:42+00:00
By ebizuniverse News Comments Off on Brown Commercial Group’s Dan Brown: In it for the long-term relationships, not the quick paydays.

Dan Brown, president of Elk Grove Village, Illinois-based Brown Commercial Group, has a golden rule that he’s followed throughout his career: He’s not just in the business for a check. He’s in it to help people make the best possible real estate decisions.

Often, that means telling a client not to buy a particular building.
Yes, this could cost Brown an immediate deal. But this approach has also earned him clients for life: Brown’s clients come back to him because they trust him. They know he won’t advise them to buy a property just because he wants to nab some quick cash.

“We view each client as a partner,” Brown told Midwest Real Estate News. “We are like their attorney or accountant, an advisor. We don’t just focus on their space needs. We focus on why they need a property and what their company is looking to accomplish.

“I don’t know how many times I’ve told people not to buy something. We look at it from a long-term relationship perspective. It’s not about the dollars. It’s about doing a good job and serving the people. The money comes from that.”
This approach has paid off for Brown. Brown has negotiated more than 1,200 commercial deals during a career that started in 1996.

Brown has found a niche that works for him: He represents tenants and landlords in the suburbs with industrial and office space needs of 100,000 square feet or less.
Brown says that working with these smaller spaces fits his personality and his company.

“I consider that more of an entrepreneurial size,” Brown said. “And I consider myself more of an entrepreneurial type of broker. For me, that size is the sweet spot that the national companies don’t go for. We are able to do these kinds of deals.”
Brown formed Brown Commercial Group, and began targeting clients in his niche area, in 2004. This gave him eight years of experience before he made the big move to form his own company.
There’s never a perfect time to start a new business venture. Ask any entrepreneur. The key, though, is to give it a shot. And that’s what Brown decided to do.
“I’ve always wanted to be an entrepreneur,” he said. “I’ve always wanted to create something not only for myself but for my team members. I always say that I work for my team members. They don’t work for me.”

By starting his own firm, Brown was also able to practice commercial real estate in his own way, following his own principles. This goes back to that rule of his: A successful deal does more than line Brown’s pockets. It also helps his client. This is a rule that everyone who sells at Brown Commercial Group must follow.

Brown points to one of his earliest deals — or near-deal, to be precise — as an example of how this mantra has paid off. Brown was still in college working part-time at his first real estate job, driving around in a Ford Escort that had no air conditioning.
One of the clients assigned to him was a small auto shop that few other brokers wanted to touch; the potential for big deals just wasn’t there. The owner of the shop was considering expanding his business and was interested in finding a new building. Brown and this client drove around the suburbs, eventually finding a building in Bensenville.

The client eventually signed a lease and gave Brown a check for $2,000, money that Brown, still a college student, desperately needed.

But something was wrong. As Brown was driving home, he started to feel bad about the deal. He knew that the smarter financial move for his client would be to stay in his current location as his business was growing.

Brown turned his car around, found his client and ripped up the lease. That client stayed at his current location and did steadily grow his business. Years later, when the time was right, Brown helped the client find a new location in Addison. This time, the move made sense.

“Doing that just felt right,” Brown said. “I don’t think I could have slept that night, even though I needed that $2,000, if I would have closed that deal. And you know what? It paid off. My client appreciated my honesty. I’ve received five referrals from him since then.”

Giving back to the community

Running his own business is no easy task, but Brown has found time to give back to his community. He is an active volunteer at his church, Willow Creek Community Church in South Barrington, Illinois. Through the church, he’s volunteered at food pantries and worked with Habitat for Humanity. “Doing something good for the community is so important. It’s why I get up every day,” Brown said. “I enjoy solving problems for people and adding value to their lives. I enjoy making a difference.”

When he’s not at work or volunteering? Brown’s time is limited. That’s largely because he has four children, three boys — 9, 8 and 7 — and one girl who is 5.
“That has certainly changed my life,” Brown said. “We spend a lot of time with them. I’m now 5-foot-eight and bald. I tell everyone that before my kids I was six-six with a full head of hair. Of course, spending time with my family is the most important thing in my life.

“When you’re young, you might dream of building a much larger firm,” Brown said. “But those dreams change once you have kids and a family. Now making sure I’m home for them each night at 5:30 means more to me.”

A look at longer lease terms and what they mean

As the commercial real estate market continues to rebound from the... read more 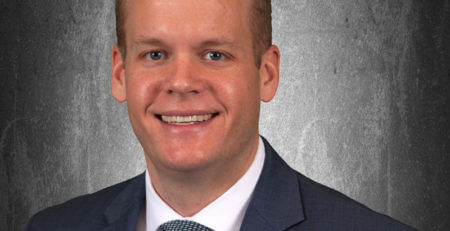