Vacancy continues to fall. Build-to-suit development is reaching record highs. A variety of user types are keeping infill areas active. It’s been nothing but good news for the Chicago industrial sector this year. Can the good times last?

Because industrial users have been attracted to O’Hare and other infill areas for decades, they are more or less defined by a legacy of smaller, low-ceiling properties that populate the infill submarket. There is some debate, however, as to whether these Class B and C assets are in short supply or past their due date.

“Oh yeah, there’s a shortage,” said Dan Brown, principal and president at Brown Commercial Group. “We saw a lot of multiple-bid situations with properties that hit the market. We definitely had more clients than we had buildings this year.”

His team helped brokered the sale of a 10,000-square-foot, two-unit building in Carol Stream. The property provided an investor opportunity to take half the building and then lease the other half out, a rarity in the marketplace, in Brown’s opinion.

“We had four offers come in the first week that we had it and it went above asking price,” Brown said. “That’s been our biggest struggle—product.”

Adam Haefner, principal at Avison Young, puts a finer point on it. While the wider market is in need of sub-10,000-square-foot, “incubator- type” space that hasn’t really been developed in years, the O’Hare submarket specifically, in his opinion, is calling out for the newer, modern product that developers have readily brought to greenfield areas this cycle.

“In my opinion, there aren’t enough functional, modern industrial products near O’Hare,” said Haefner. “It’s one of the reasons you’re seeing developers very aggressively looking for sites in that market—whether it’s vacant land or older, non-functional buildings that they can tear down and redevelop.”

In the coming years, there may be even more action near O’Hare. Local and regional distributors are attracted to the submarket’s central location and, since they typically aren’t racking product three stories high, they can use the supply of older product. National and international logistics firms, however, also like the site’s location and access to multiple modes of transport, which may lead to the development of more modern, Class A product.

While distributors, manufacturers, 3PLs, data centers and just about every other type of industrial user all seek out infill space near the airport, it’s a different situation on the metro’s farthest reaches. The e-commerce phenomenon has led to an explosion of massive, ground-up, Class A properties in the I-80 and I-55 corridors. It’s also led to a lot of speculative development that, at the moment, is in search of tenancy.

“I think that space is going to quickly become absorbed,” said Brown. “This year was still a good year, but maybe next year people will start to be a little more cautious. There could potentially be some hesitancy, but from what I’m hearing, and what we’re working on, it’s still full steam ahead.”

Despite the development cycle seemingly set to slow down, there are few concerns that those effects will be felt in the industrial sector, particularly for properties geared toward logistics users. Haefner agrees that vacant space will soon be absorbed; as for future development, he has some mild reservations.

“There is less demand for very large sites that can’t be put into production immediately. But I think that’s going to change in the next six to 12 months,” Haefner said. “We’ll see people that have land put it into production as some of these buildings come off the market. And I also think they will see some developers that don’t have land positions down there actively looking to find new sites that they can develop themselves.”

Industrial may be commercial real estate’s strongest asset class, but it is by no means immune to a slowing economy. There are already signs of some plateauing, for example with fewer construction starts of large buildings in the I-80 corridor.

There are other concerns as well, such as uncertainty regarding tariffs and leadership at the federal level. But Haefner and Brown both agree that, despite these known unknowns, this sector and this market are so robust that we should experience few hurdles in 2020.

“There’s no question that the economy is slowing. That’s not entirely unexpected as we’ve been in a lengthy economic expansion,” Brown said. “But I am cautiously optimistic. I think we’re going to see steady growth and study activity in 2020. Businesses still need to expand and find efficient spaces, so I think, overall, it will all be good.” 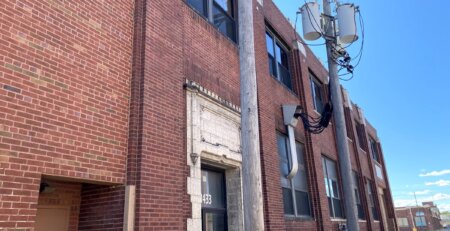 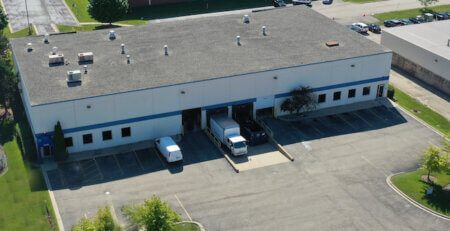 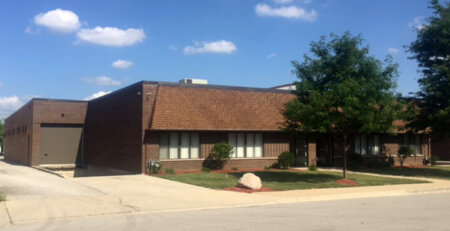 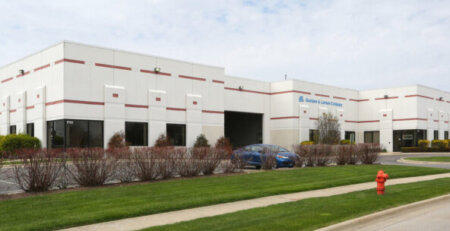