Chatter about the current state of the suburban industrial real estate market quickly trends toward superlatives.

To be clear, it’s a national trend as well. But the Chicago area is setting the pace.

The vacancy rate for industrial space normally is about 10%, said Jeff Lanaghan, senior vice president and partner, Midwest Region, CRG. Now it’s roughly 5% in the Chicago area, or “basically zero because a company has to move out to move in,” Brown said.

In other words we’ve gone from hot to absolutely sizzling.

It’s only cheaper to send production overseas if you can actually get it manufactured there, something that has proved difficult during the COVID-19 pandemic, and then move it through overrun American ports.

“Companies kind of got caught with their pants down with not having inventory with the supply chain,” Brown said.

Our commercial real estate experts are seeing a surge in demand for warehouses as well, probably even more than the demand for manufacturing space.

The growth in e-commerce is an obvious reason. First, people increasingly are buying on their phone or laptop. Amazon and big-box retailers with a big online presence are building or leasing all over the suburbs. So are smaller retailers. And then there are companies like Addison-based CPG.IO, Disser said, which helps the big companies get closer to the customers to cut down on shipping time.

You can’t be there in two days or less going from coast to coast.

Location and transportation have played a significant role in the Chicago area’s growth since the 1800s, and it’s no different now. Our location in the middle of the country is a natural resource of sorts. And companies have their choice of ways to move their products: by air from O’Hare Airport, by rail or by road.

For instance, Chicago is the only city in the country that has all seven Class 1 rails coming through, Lanaghan noted.

The fresh water of Lake Michigan is valuable also in the manufacturing process.

So with demand this high and supply this low, what are companies in need of space to do?

The Interstate-55 corridor is second to O’Hare in demand, Lanaghan said, because “highest quality newest product” as well as its proximity to Chicago and Interstates 80 and 55, allowing companies quick access to the Gulf of Mexico and both coasts.

For some it means moving west from O’Hare to less-developed areas. Hello, Elgin, Hampshire, Huntley, Bartlett and West Chicago. If you don’t have to be so close to O’Hare you can hear the airplanes roaring overhead, central DuPage County and Kane County are good places to be, and the property taxes are lower.

“There’s a big land grab going on by these developers to beef up supply,” Brown said.

Others can’t afford to move too far from the airport, though. Airfreight companies, for example.

“Proximity to O’Hare is crucial. An airfreight company can’t go 25 miles to the west. The economics of their business don’t support it,” Disser said.

Companies might also want to stay in more populated areas, close to both customers and their labor force.

For them, it might mean getting creative. That office building sitting vacant? That underused retail space? Both good candidates to be torn down so an industrial building can sprout up.

Allstate in November sold 232 acres of its campus along Interstate-294 in Northfield Township for about $232 million to Dermody Properties, an industrial and logistics developer.

Brown said building sale prices are up 20-25% year over year. “We’ve never had these swings like this,” he said.

Even homes are making way for industrial space. In O’Hare’s shadow, 106 homes in Bensenville’s Mohawk Terrace neighborhood are coming down. Going up are four buildings with a total of 1.2 million square feet of industrial space.

And if you own industrial space in the suburbs, there’s a good chance you’ve gotten a call asking if you’re willing to sell “for a stupid number,” Brown said. That “stupid number” might sound good until you consider where you would relocate your business. There just aren’t a lot of options in the suburbs.

But if you do find space to build, the dearth of building materials means high prices and long delays in the building process. For instance, Brown said, you might have to wait until Spring 2023 to get those precast panels for your new industrial building, not the three or four months of prior years.

If you want to lease, well, rent for industrial space is going the opposite direction of rent for office space. That’s especially true for buildings with less than 100,000 square feet, where rent inflation is about 12-15%, Gutierrez said.

So how long will it go on this way? Our experts agree it’s hard to pin down. Gutierrez sees this landlord- and seller-friendly market going on another two or three years, though it should ease as time goes on.

Supply chains will be fixed, things will start moving quicker, more product will hit the ground and the trend will start leaning back toward tenants and buyers, he said.

But for now industrial real estate is an outlier.

“Everything doesn’t go industrial, believe it or not. There are other uses out there,” Lanaghan said. “It’s just that right now industrial is the hottest one. It’s one that everybody kind of needs.”

See the Daily Herald for more.

Article sourced from ReJournals As the industrial market in Chicago and across the... read more 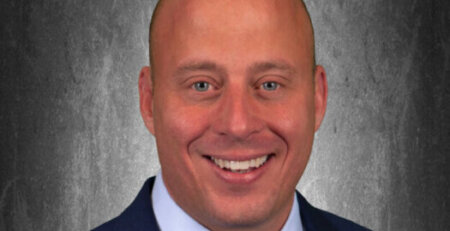 Midwest RE News: Dan Brown Looks Back at 2020

One year gone: What have CRE pros missed most during 12 months... read more