CHICAGO—The Chicago metropolitan area’s industrial market just had one of its best years in a long time, with the vacancy rate recently shrinking to just 8.7%, and as activity, construction and leasing ramp up, investors have also been snapping up all types of properties.

Even small to mid-sized properties in the suburbs have attracted a great deal of attention from investors. Officials from the Brown Commercial Group in northwest suburban Elk Grove Village, for example, say they have recently completed four industrial deals totaling more than 200,000-square-feet, each of which were under contract in less than 30 days.

Brown just completed the sale of a 103,376-square-foot industrial building in northwest suburban Schaumburg, the last of four properties the company sold for a bankruptcy trustee. The multi-tenant building at 1101-1189 Tower Rd. just north of Woodfield Mall was on the market for just two weeks.

Although the sale price or other details were not disclosed, Cook County records indicate thatSD&S Properties in Mt. Prospect paid $3.425 million. Dan Brown, president of the Brown group, represented the seller. Jim Pietrarosso with Coldwell Banker Commercial represented SD&S.
“Investors are hungry for well-located properties, particularly those that have some upside potential,” Brown says.
These four buildings were part of a 46-property bankruptcy portfolio managed by Gus A. Paloian, a partner with the law firm Seyfarth Shaw LLP in Chicago. Brown represented the bankruptcy trustee on all the transactions.

Brown Commercial Group has completed the sale of a 12,450-square-foot building in... read more 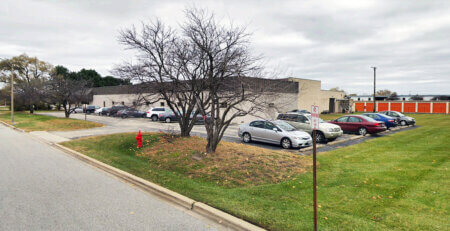